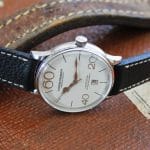 The second model of the fifth vintage edition is equipped with a Swiss manual winding movement called Lanco 2461, which was produced by the company Langendorf SA in the sixties. Lanco was the brand name of the watch manufacture Langendorf SA, which produced movements for other companies since 1873 and from 1887 became mostly independent of suppliers. Towards the end of the 1880s the company was considered to be the largest clock factory in the world. In 1971 Lanco was merged into the Omega-Tissot Group, and the production of the movements ended two years later. The Alexander Shorokhoff watch manufacture was able to secure several of the movements in order to produce two models in a limited edition of 25 pieces each. The movements are completely refurbished and elaborate hand-engraved. The design adapts to the slim example of the 60’s. The stainless steel case holds a cylindrical sapphire glass which is very complex in the production plus a sapphire glass bottom. As well as the models from the 60’s, the new vintage V5 models are equipped with convex antique white and black dials. The dial indexes 20, 40 and 60 are produced in a complicated procedure in order to balance the convex part of the dial. This procedure gives the watch a noble appearance. The extensive dial conveys the feeling, that the watch is much bigger than it really is. This confers another major benefit: it can be worn by both men and women. 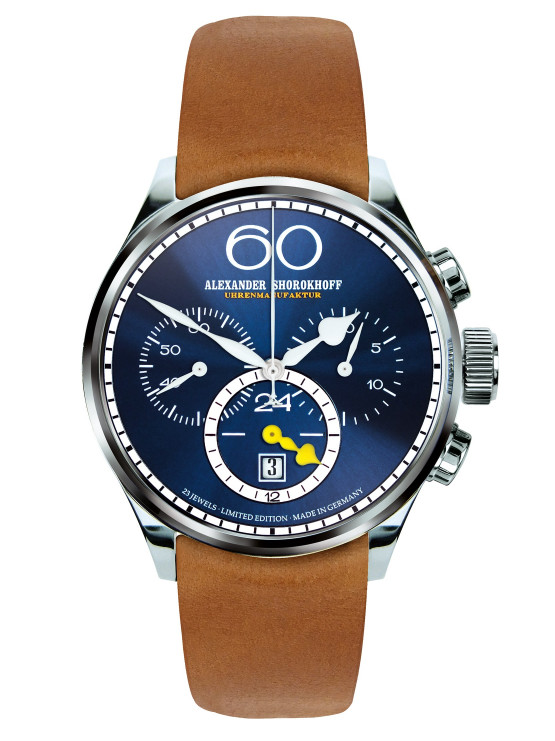 Alexander Shorokhoff – VINTAGE 2 – “Twenty four Chrono” – Night-Blue
The second "Vintage"- edition of “Alexander Shorokhoff” houses the famous Poljot chronograph movement of the “3133 family”, with 24-hours-display at 6 o’clock and of calibre 31681. Their production was stopped, in 2011. Alexander Shorokhoff watch manufacturer has succeeded to get the 198 remaining movements. They were reworked in two versions with production of 99 pieces each.These classic watch models in the “Alexander Shorokhoff”- style are fitted up with two unusual dials in emerald green and midnight blue, as well as the models of “Vintage no. 1”. 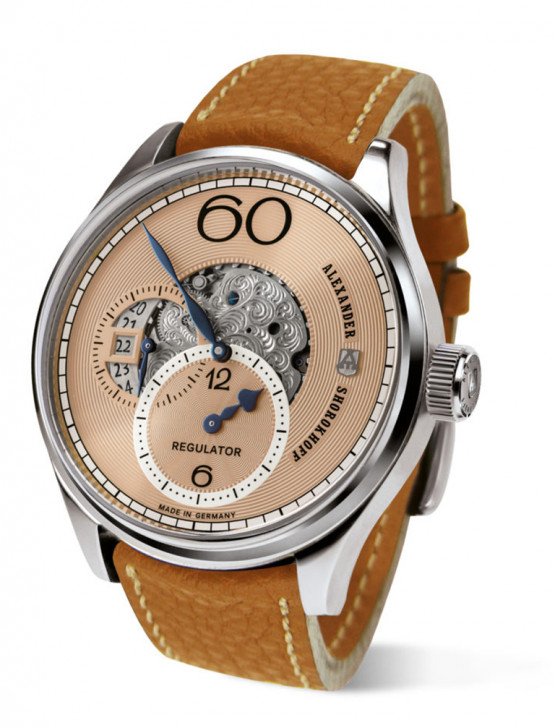 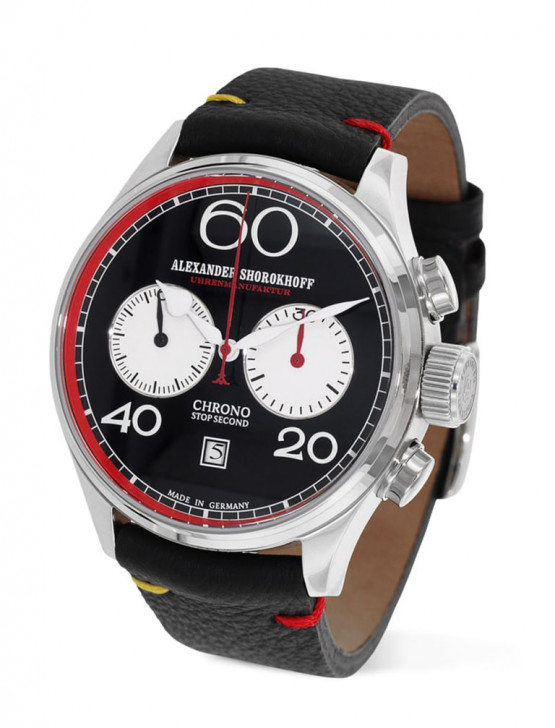 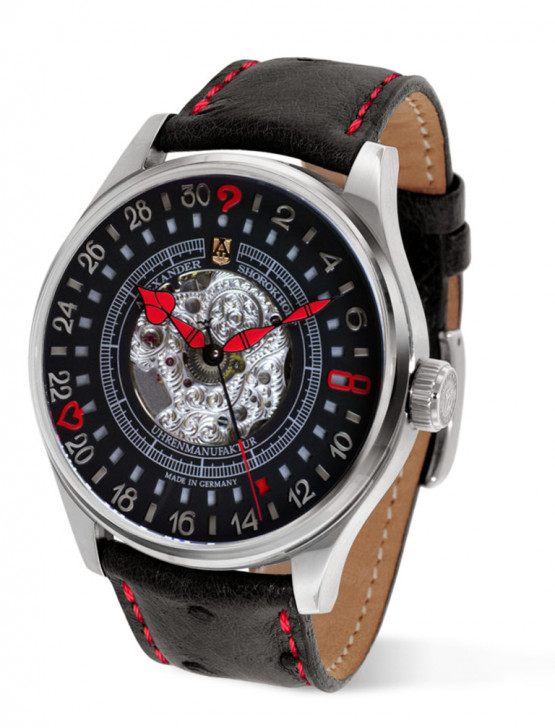 Alexander Shorokhoff – Lucky 8-2
The “Vintage“-line has been extended with the new edition of the watch model “Lucky 8“. The new model is even more sophisticated with its filigree features and buoyant engravings. The cutout in the dial allows an insight view of the refined watch movement. The engravings can also be found at the date changing wheel. The three fixing screws are blued by hand in order to complete the appearance.

Limited Edition of only 50 pieces.